In March 2015, the Saudi regime and its allies launched a Western-backed offensive against Yemen in an attempt to reinstall a Riyadh-backed former regime and eliminate the Ansarullah movement, which has been for five years defending the country along with the national army and other armed forces. The hostile aggression, coupled with sea, land and air blockade, has halted life-saving supplies and devastated the country’s infrastructure. In particular, the closure of Sana’a Airport has made it impossible for food and medical supplies to reach the impoverished country and has caused the world’s worst humanitarian crisis, where over hundreds of thousands of civilians, including many children, have been killed, wounded, arrested and afflicted by cholera, diphtheria, measles and dengue fever. Mirat Al Jazeera interviews Head of Advocacy at ALQST for human rights Julia Lenger to dissect the human rights situation in Yemen, five years after the imposed aggression.

Lenger refers to the Armed Conflict Location and Event Data Project (ACLED) that tracks confirmed fatalities in the conflict, which claims that the cumulative number of fatalities passed the 100,000 marks in 2019, including over 12,000 civilians killed in direct attacks. According to Lenger, the war in Yemen has not only caused large numbers of civilian casualties over the last 5 years, but also extensive destruction of civilian infrastructure, including hospitals and schools. “A blockade imposed by the Saudi-led coalition has resulted in the world’s largest humanitarian crisis. The latest report by Mwatana shows how the destruction of the medical infrastructure has exacerbated the humanitarian crisis”, she states.

The human rights consultant points out that it remains extremely important to call upon the global state community to stop selling weapons to the different parties involved in the conflict in Yemen as states have international legal responsibilities, including international humanitarian law and international human rights law. She warns that arms transfers to members of the Saudi-led coalition may trigger state responsibility, in the sense that they may violate the obligation of states to cooperate to bring to an end any serious breach of international law. Lenger goes on to say that in certain cases, the provision of arms or logistic support could amount to knowingly aiding or assisting in the commission of an internationally wrongful act, hence making the state providing arms responsible for such an act.

In her point of view, all parties to the conflict in Yemen are responsible for an array of human rights violations and violations of international humanitarian law that are likely to amount to war crimes, especially the indiscriminate and unlawful attacks on civilians and the purposeful destruction of crucial civilian infrastructure such as farmland, water facilities and essential port infrastructure, all indispensable to the survival of the civilian population. She further notes, “the Coalition Forces imposed a de facto naval blockade on Yemen and the closure of Sana’a International Airport, essentially stopping the import of vital relief supplies, including food, medicine and fuel. These serious breaches of international humanitarian law may amount to war crimes.”

Regarding justice to victims of physical and psychological torture, assassinations and a long list of violations, Lenger stresses that the prohibition of torture and other forms of ill-treatment is absolute, non-derogable, and one of the strongest and most entrenched rules in all of the international laws; it applies with full force in all circumstances, including wartime. Therefore, the perpetrators of torture can and should be held to account. She comments, “How to practically do this is more difficult. It could be done in the form of a national or an international tribunal to hold perpetrators to account or by the principle of universal jurisdiction, which means that a national court (of any country that accepted the principle, such as UK, Germany or Switzerland) may prosecute individuals for serious crimes against international law, including torture.”

Yemen’s children and women are being killed not only through indiscriminate shelling and bombing, but they die of hunger and cholera, Lenger says, adding, “they are being deprived of their most fundamental rights, the right to life, the right to health, housing and of course also the right to education.”

Eventually, the Head of Advocacy at ALQST for human rights urges the international community to establish an immediate moratorium on all arms sales and work towards a political solution in Yemen, ”YEMEN CAN’T WAIT”, she emphasises. 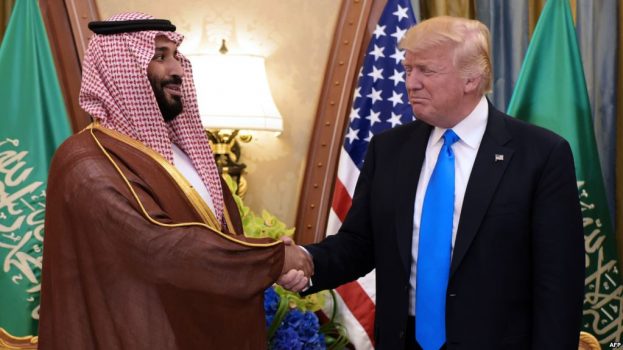